ISLAMABAD (DAWN/ASIA NEWS NETWORK) – What goes around comes around, they say. So when the Islami Jamhoori Ittehad was cobbled together, first to deny Benazir Bhutto’s government a clear majority back in the 1988 election and then topple her government altogether in 1990, it was Nawaz Sharif who profited politically.

Fast forward to 2013, and it was Imran Khan who began to play the role Nawaz Sharif had played earlier. By 2019, he had managed to not only oust Nawaz Sharif but become prime minister.

But all good things come to an end and Mr Khan’s fortunes seem to have turned. Whether or not he will meet Nawaz Sharif’s fate remains to be seen. Some would like to portray him as the new torchbearer for democracy and civilian supremacy. But given his track record this is a hard sell. After all, his problem with the neutrals wasn’t their interference in politics but their supposed neutrality.

Whether or not the neutrals have permanently pulled the plug on their support for him also remains to be seen, however, for now he is ‘khatarnaak’ enough to be banished from television screens and charged with terrorism. Certainly, for those who believe that the way forward for Pakistan is a robust democracy, this is an overkill. But it is difficult to sympathise with someone who had no qualms about fabricating charges against political opponents and incarcerating them while taking credible journalists off air, when in power.

Curiously, the response from the PTI in the face of this crackdown and censorship has included appeals to human rights organisations and governments abroad, including, expensive lobbying efforts in none other than the US. That’s right. The same country that they claimed had hatched a regime change operation against Imran Khan.

Irony must be dead. Not only are the proponents of Imran Khan trying to portray him as the bulwark against the Pakistani establishment’s encroachment into civilian space in international media, but they are appealing to the same country they accused of hatching a conspiracy against them just a couple of months ago.

Donald Lu’s rebukes and the emissary’s demarche are long forgotten. Instead, PTI supporters on Twitter are wondering why the US isn’t standing up for Shehbaz Gill’s rights as a citizen. After all, he does have close ties to the US, they argue.

With a green card and a professorship at an American university, why would the US not stand up for his rights as a citizen in Pakistan, even if he was chief of staff to the man who accused the US of regime change in Pakistan?

Could logic get more convoluted? Sure, the Western countries allow far greater freedoms to their citizens than other countries do in terms of freedom of thought, expression and affiliation. But these rights aren’t absolute – for instance, when it is deemed that a citizen has actively collaborated against national interests.

When Shamima Begum, a British-born woman, left the UK to join the Islamic State in Syria, the British government revoked her citizenship, even though she was only 15 when she had left and made several statements saying she had been misled and feared execution in Syria.

Pointing this out is simply stating the reality and not an endorsement of the way things stand. If Mr Imran Khan wants to push boundaries on this then it will be interesting to see to what extent he is allowed leeway. The case of Ali Wazir, whose crime was no more than exercising a right to free speech, is of course before us, as he continues to languish in jail.

Mr Khan not surprisingly is much better known in the West than Ali Wazir but his regime change accusations against the US and sympathy for terrorists like Osama bin Laden haven’t won him too many friends there.

In his four years in office, he did not visit the UK even once, perhaps afraid of questions the British press may ask regarding his personal life, and while he got along well with Donald Trump and sang his praises, Biden isn’t keen on him.

Trump himself has been banned from much of social media, including from Twitter for life. And although liberal Pakistani media attempts neutrality in standing up for Khan’s rights every now and then, liberal American media took a firm stand against Trump and abandoned all neutrality “for the sake of national interest”. China-born businessman behind one of Cambodia’s fastest-growing conglomerates 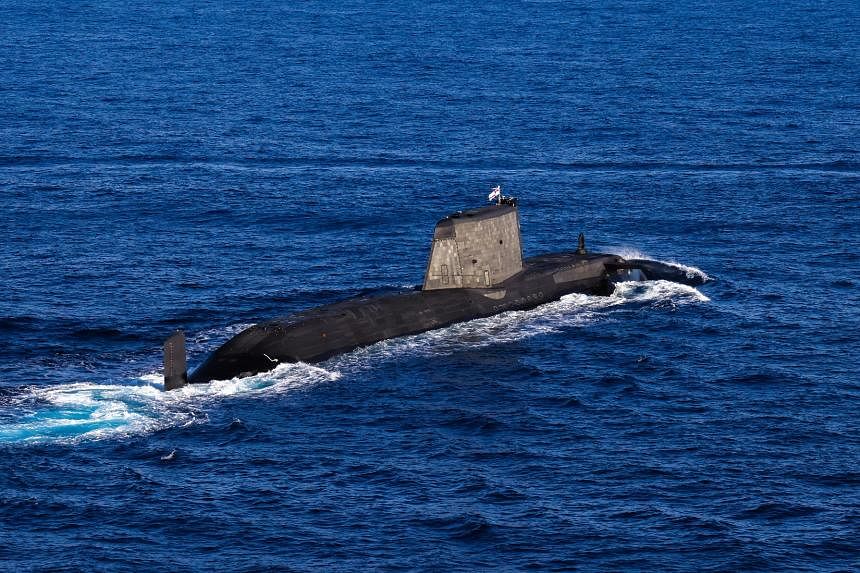 Progress made in Australia getting nuclear-powered sub, say Aukus leaders