SURABAYA, Indonesia (AFP) – Almost two decades after the Bali bombings left Thiolina Ferawati Marpaung with permanent eye injuries, news that one of the masterminds could be released early has caused fresh trauma.

Indonesia’s latest reduction to Umar Patek’s prison sentence – revealed last week by Australian Prime Minister Anthony Albanese and confirmed by AFP – means the bomber could be released on parole before the island marks the 20th anniversary of the attacks in October.

That is a galling prospect for survivors of the attack, which killed 202 people, including 88 Australians.

“It is not that I don’t respect other people’s rights, but he has hurt the survivors and families with his evil and inhumane acts,” Marpaung told AFP by phone from Denpasar, the resort island’s biggest city.

The smell of smoke triggers vivid memories of the blasts that sent shards of broken glass tearing into her eyes, Marpaung said.

Patek – a member of an Al Qaeda-affiliated group who was captured in the same Pakistani town where Osama bin Laden was killed – should be kept locked up, she said.

“Please let him serve what he deserves as a terror convict, not like a chicken thief whom we can easily forgive,” the 47-year-old said.

But Indonesia says Patek is giving up his extremist beliefs after completing a deradicalisation programme.

He was granted a sentence reduction on Aug 17 because he had served two-thirds of his 20-year prison term and shown progress towards reform, said Teguh Wibowo, spokesperson of the Law and Human Rights Ministry office in East Java.

“He has dutifully undergone a deradicalisation programme and behaves well in the prison,” Wibowo said, referring to Indonesia’s rehabilitation scheme to make terror convicts abandon extremism and pledge loyalty to the state.

The attacks on a nightclub and bar were the deadliest in Indonesian history and led to a crackdown on extremism in the country, which has the largest Muslim population in the world.

Tied side-by-side to wooden posts on a small prison island, the attackers were executed by firing squad in 2008 after a years-long probe.

Patek was found to have made the bombs used in the assault on Bali, a Hindu island popular with foreign tourists.

He was captured with a US$1 million (S$1.4 million) bounty on his head after nearly a decade on the run.

Prosecutors only sought a life sentence for the 52-year-old on a charge of premeditated murder because he showed remorse during his 2012 trial. 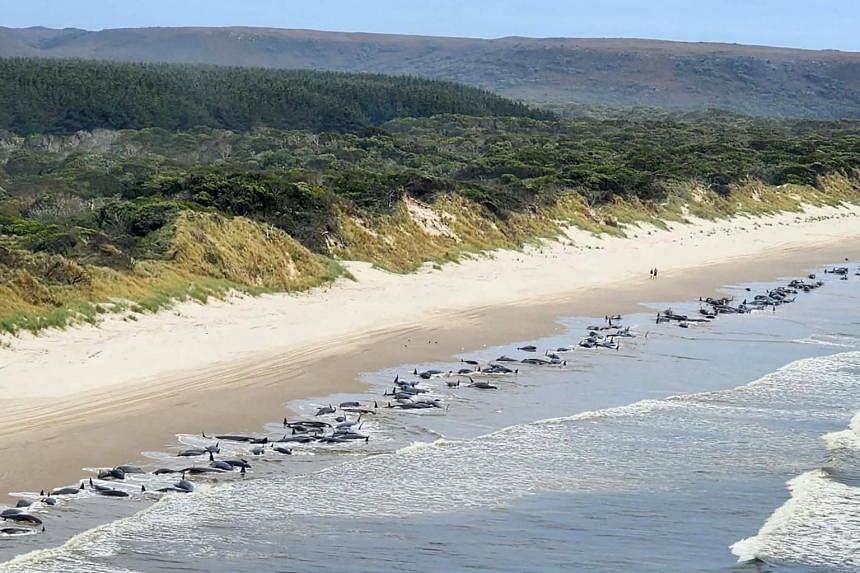 230 pilot whales stranded in Australia, ‘about half’ feared dead