TOKYO – The creation of economic rules for the Indo-Pacific region must be driven by Japan and the United States, which both put weight on freedom, democracy and other values.

A framework must be developed as a way to compete with China.

A ministerial-level meeting was held for the Indo-Pacific Economic Framework (IPEF), a new economic bloc initiative led by the United States, and a total of 14 countries, including Japan, the United States, South Korea and Australia, agreed to enter into formal negotiations.

Seven of the 10 members of the Association of Southeast Asian Nations were among them.

Ministerial statements were compiled in four areas: Trade, supply chains for critical goods, a clean economy for decarbonisation and a fair economy for anti-corruption.

The framework allows each country to decide on which areas to participate in.

Thirteen of the countries, including Japan and the United States, will negotiate in all four areas.

India has decided not to participate in the trade area, but it is still highly significant that 14 countries, which together account for about 40 per cent of the world’s gross domestic product, will cooperate in rulemaking.

Fair rules must be established that will lead to economic growth in each country.

In the area of supply chains, participating parties will aim to establish a system for countries to share information and flexibly provide inventories of critical goods in the event of an infectious disease outbreak or a conflict.

In the clean economy area, participating countries will promote infrastructure investment and technological cooperation for decarbonisation.

In the field of trade, they will work on the distribution of safe data.

On the other hand, the statements did not include the elimination or reduction of tariffs. 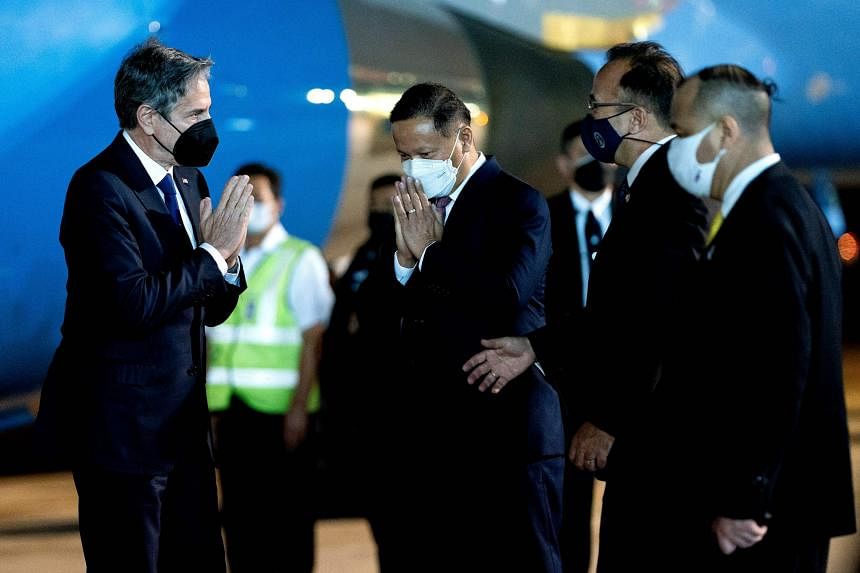 Blinken seeks to shore up South-east Asia ties in Thailand WSJ: US will not pay for COVID-19 shots soon