SYDNEY (REUTERS, BLOOMBERG) – The Solomon Islands has suspended entry into its waters for foreign navy ships pending adoption of a new process for approval of port visits, the prime minister’s office said on Tuesday (Aug 30), in a bid to better police its exclusive economic zones.

The step follows an incident last week when a US Coast Guard vessel, the Oliver Henry, was unable to make a routine port call because the government did not respond to a request for it to refuel and provision.

“We have requested our partners to give us time to review, and put in place our new processes, before sending further requests for military vessels to enter the country,” Prime Minister Manesseh Sogavare said in a statement.

“These will universally apply to all visiting naval vessels,” he said in the statement his office emailed to Reuters.

In a speech on Tuesday afternoon to welcome the visiting US hospital ship Mercy, Sogavare said last week’s delay over the Oliver Henry was because the information had not been sent to his office on time.

He also confirmed delays in approving entry for the British navy ship Spey, which also aborted its planned port call, the statement said.

As a result of the two incidents, the Solomon Islands is reviewing the approval procedures, it said.

Earlier, the United States embassy in Canberra, the Australian capital, had said the Solomon Islands had notified it of a moratorium on navy vessels entering its ports.

“On Aug 29, the United States received formal notification from the government of Solomon Islands regarding a moratorium on all naval visits, pending updates in protocol procedures,” the embassy said in a statement.

The Mercy had arrived before the moratorium, the embassy said, adding that it was monitoring the situation.

The Solomon Islands has had a tense relationship with the United States and its allies since striking a security pact with China this year.

It was the first such agreement in the region and a major diplomatic win for Beijing.

The final wording of the pact has not been released, however a draft version leaked in March would have allowed the Chinese military safe harbor for its warship just 2,000km from the Australian coastline. US first lady tests positive for COVID-19 in rebound case Meet Japan’s cyborg cockroach, coming to disaster area near you 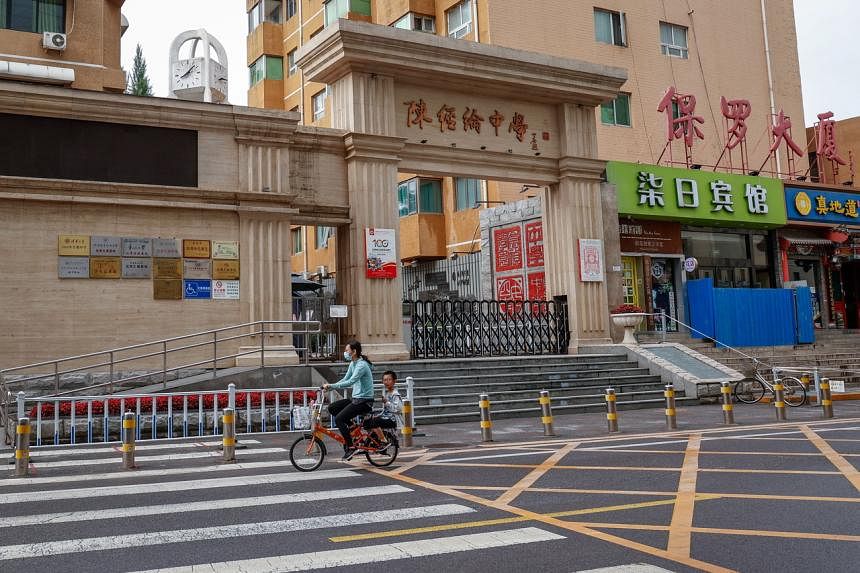